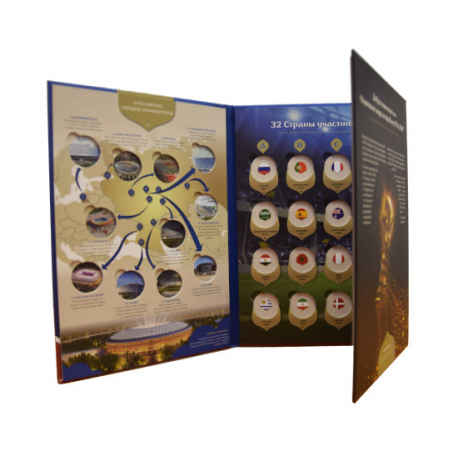 Collector's Album" is filled with commemorative medals from Neusilber with images:

11 cities of Russia, in which the matches of the championship will be held;
32 countries participating in the "World Cup 2018";
the official mascot of the Volchonka Zabivaki Championship (in two versions);
official FIFA symbols

Notify me when available
Waiting from postcrossing.com ...