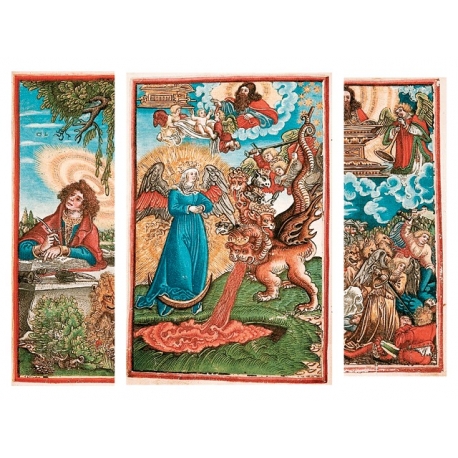 September Testament. Illustrations of Lucas Cranach to translation of the New Testament by Luther in 1522.
The first translation of the New Testament made by Luther (from Greek original) was published by Melchior Lotter Junior in September 1522. Wood engravings for this edition were made by Lucas Cranach. So called September Testament was so popularГthat the second edition (with corrections) was printed in December same year. And 12 editions were published during 1523 in Basel, Augsburg, Grimm and Leipzig.
Waiting from postcrossing.com ...