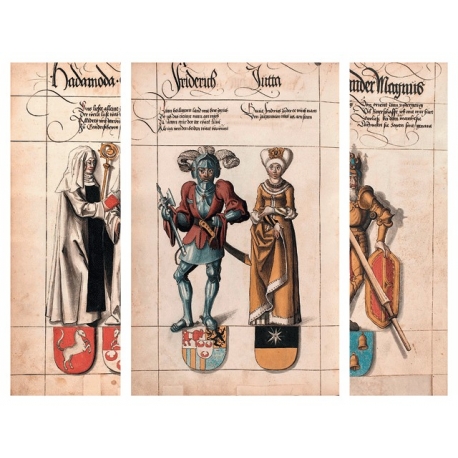 A book of Saxon nobility (1500 to1546) includes portraits of about two hundred members of noble families of German land Saxony.
This manuscript is remarkable for several reasons. The portraits often represent people in informal poses as if they are talking to their friends. This adds authenticity to the picture: it is more probable that characters were featured correctly unlike works too much decorated to set themselves right with Saxon court. The album is also a valuable resource for researchers of costume.
Lucas Cranach the Elder (died in 1553) was one of the greatest German artists of Northern renaissance.
Waiting from postcrossing.com ...