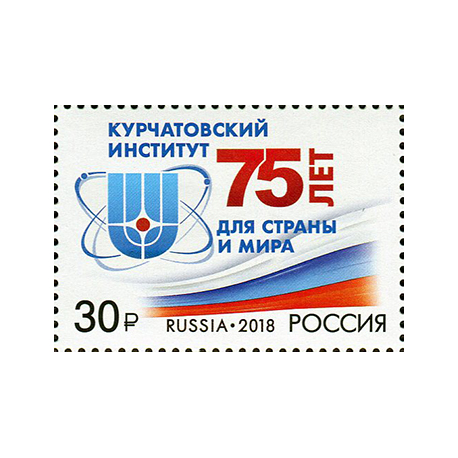 The world famous Kurchatov Institute was a key pillar in ensuring the national safety and developing major strategic directions of the Russian science and industry.

The institute was founded in Moscow in 1943 as Laboratory No 2 of the USSR Academy of Science with the initial purpose to develop nuclear weapons. In 1960 the institute was named after its founding father Igor Kurchatov, it was granted the status of a Russian research centre in 1991.

Initially the Kurchatov Institute was successful in designing and creating nuclear weapons: Eurasia’s first nuclear reactor was set up (1946); scientific management was carried out of the development of Russia’s first atomic bomb (1949) and of the world first thermonuclear bomb (1953). The 1950s saw the beginning of research and development of the peaceful uses of nuclear and thermonuclear energy: an industrial nuclear power plant was built (1954), the Tokamak complex was launched (1955), nuclear reactors were developed for icebreakers (1957), submarines (1958) and space hardware. Since the middle of the 1960s the Kurchatov Institute has been providing scientific support to the maintaining and servicing of the operating nuclear reactors, disposition of decommissioned facilities, and scientific management of developing most advanced reactors and nuclear energy facilities. At the beginning of the 1970s the Institute pioneered new microelectronics technologies. The mid-2000s saw active nanotechnology development at the Institute.

The postage stamp features the logo of the 75th anniversary of the National Research Centre “Kurchatov Institute”.